※こちらは英語verです。日本人の方はコチラから日本語verへどうぞ。
I play by game application called "DragonVale" now.
There seems to be the Dragon of the limitation in this, too. So I compiled all limitation Dragon of information.
For intelligence, I looking for person making friends who I send it and toss Gems.
My ID is "WhiteMarth"
My mail address is this bottom. For spam e-mail prevention, this is image.

I add the image of the Dragon later.
By the way, sorted turn Dragon is early order to have appeared.Bone Dragon 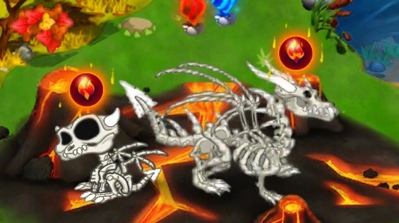 Habitat:Fire,Earth
First income:6coin/min
Opposite:Air,Cold
Incubating Time:10hours
Price:25Gems(Can't get now)
"Bone dragons can only be found for a couple weeks during the year. The rest of the year it is believed that they burrow underground near cemeteries to be around other bones. but I bet if you breed one and put it in a habitat with other bones, it would stick around. Or perhaps near a heat source to keep away the bone-chilling winter cold?"
Remarks:Halloween limited-time Dragon.You could get in 2011 & 2012. 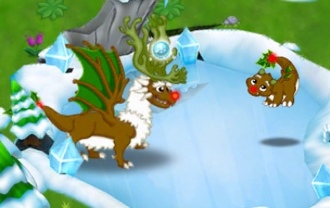 Habitat:Cold,Plant
First income:15coin/min
Opposite:Fire,Metal
Incubating Time:5hours
Price:100Gems(2012.11/23〜)
"These hybrid dragons come from the Far North and can only be bred near the end of the year. Centuries ago, the magical toymaker Sandakloz journeyed north to study these rare creatures. He never returned from his journey, but every year since, during the month when reindeers dragons can be bred, children wake up one day to find magical toys in boxes bearing the old mage's signature."
Remarks:Christmas limited-time Dragon.
In information "Sandakloz" from "Santaclaus".

Habitat:Water,Earth,Fire,Air
First income:30coin/min
Opposite:Lightning,Air,Cold,Earth
Incubating Time:36hours
Price:500Gems
"The majestic panlong dragon originates from the Far East and it's said to only come out of hiding once every twelve years. Though it prefers to be near water, they have occasionally been seen in many other types of habitats. Rumor has it that these dragons are not only a distant cousin of the rainbow dragon, but they're almost as rare too! I wonder if it's a coincidence that they only seem to show up during the year of the dragon."
Remarks:Dragon year limited-time Dragon.
I think In information of "Far East" is China. 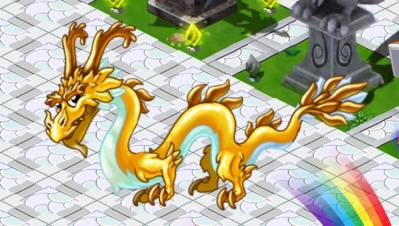 Habitat:Reinbow
First income:60coin/min
Opposite:None
Incubating Time:14hours 30min
Price:2,750Gems(Can't get now)
"The exceptionally rare leap year dragon can only be seen in the wild once every four years near Bridget's Pass. Getting one of these in your park is sure to make your visitors over the rainbow? Or is it over the moon? I can never remember..."
Remarks:Leap year limited-time Dragon. This Dragon is vary rare, of course vary a lot of income. 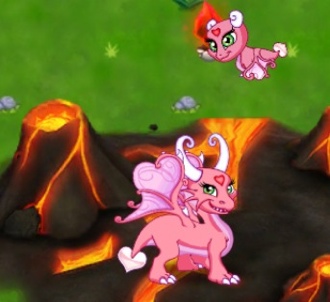 Habitat:Lightning,Plant,Fire
First income:12coin/min
Opposite:Water,Metal,Cold
Incubating Time:5hours
Price:75Gems(Can't get now)
"The rare love dragon hails from the western slope of the Berrywhite Mountains and only shows up for a few weeks each year when love is strong in the air. Getting one of these lovely beasts is sure to inspire your visitors to buy flowers and maybe even find a spark of love."
Remarks:Saint Valentine's day limited-time Dragon. From Feb 2 until Feb 22.

Habitat:Plant,Earth
First income:10coin/min
Opposite:Metal,Air
Incubating Time:7hours
Price:77Gems(Can't get now)
"The mischievous and reclusive clover dragon can be found roaming the meadows of Ulster during a certain time of the year. Should you be lucky enough to have a clover dragon it is sure to make other park owners green with envy! These dragons delight at playing tricks on others and have been known to, um, "hide" things. Maybe it's best if your guests check their pockets before they leave."
Remarks:St. Patrick's day limited-time Dragon. From March 2 until March 30. 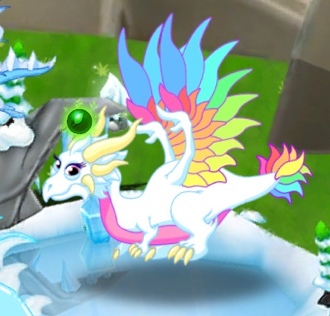 Habitat:Cold,Plant,Lightning
First income:12coin/min
Opposite:Fire,Metal,Water
Incubating Time:13hours
Price:700Gems(Can't get now)
"The bloom dragon is found roaming the Cadberry Meadows near the beginning of Spring. These dragons have been known to hide their ornate eggs in some unusual places to protect them from Spring-time showers. Unfortunately it seems to have had the opposite effect because children have made a game out of finding them!"
Remarks:Easter limited-time Dragon.
It is written for the information to the reason why egg hunting began in. 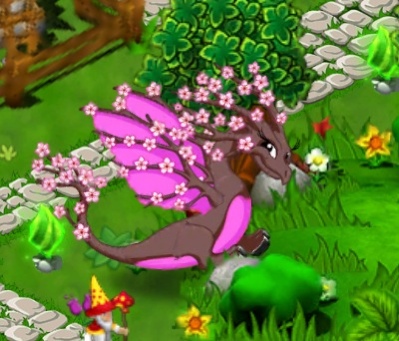 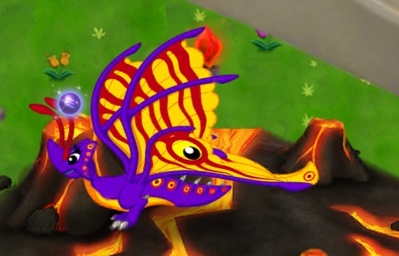 Habitat:Air,Lightning,Fire
First income:15coin/min
Opposite:Erath,Water,Cold
Incubating Time:12hours
Price:650Gems(Can't get now)
"Flightless as babies, the amazing butterfly dragons transform into multi-winged magnificent creatures. They can be found fluttering around the lush Sykie Meadows. Their large and beautiful wings are sure to attract visitors... unless the visitor mistakes their wings for a fearsome wingaling dragon."
Remarks:Spring limited-time Dragon? 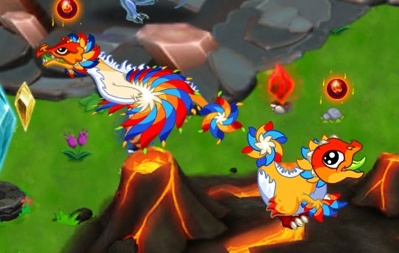 Habitat:Fire,Air
First income:6coin/min
Opposite:Cord,Earth
Incubating Time:6hours
Price:704Gems(Can't get now)
"Wizards often use firework spells to light up the sky for celebrations. One year, a young wizard named Vander Horck, determined to create the most magnificent firework display in history, decided to change the spell. Upon its casting, the spell burst high in the air with a bright red glare more splendid than anyone could have imagined. In response to the magnificent display, thousands of colorful firework dragons poured into the night sky and to this day are only seen during grand celebrations."
Remarks:The American National day limited-time Dragon.
This Dragon's egg imitates an American national flag. 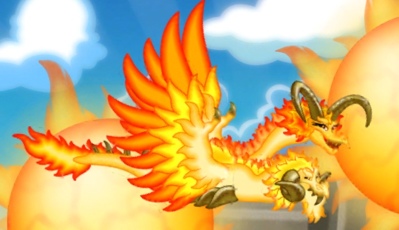 Habitat:Sun
First income:48coin/min
Opposite:none
Incubating Time:23hours 30min
Price:2,250Gems(Can't get now)
"Twice each year, near the longest and shortest days of the year, the Solstice Dragons come out of hiding. Their arrival - along with lighting of the Sun Stones of Surya - signals the beginning of grand festivals throughout much of the land. Because it has two heads, one favoring summer, the other winter, the Solstice Dragon is nearly always of two minds on any issue. Despite this conflict, most dragon experts take solace in the idea that two heads are better than one.."
Remarks:The summer solstice and winter solstice limited-time Dragon. 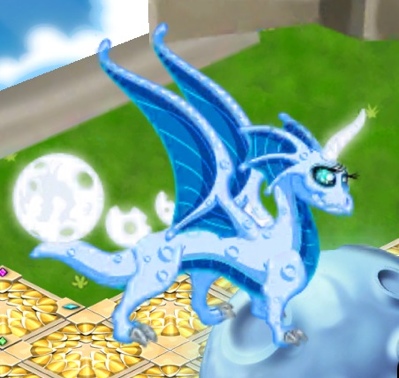 Habitat:Moon
First income:48coin/min
Opposite:none
Incubating Time:29hours 35min
Price:2,250Gems(Can't get now)
"During the blue moon festival, a number of wizards buzzed about collecting its rare essence to the Moon Habitat in order to attract a blue moon dragon. It wasn't until days later the famous wizard Aiden Strongarm was able to find a way to bring the blue moon dragon back before it disappeared for another 3 years! It may have been one small step for dragons, but it was a giant leap for wizards."
Remarks:2012 BlueMoon limited-time Dragon. There was the obtained period only for three days. 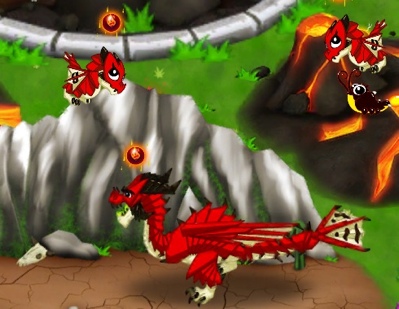 Habitat:Fire, Plant, Earth,Cold
First income:24coin/min
Opposite: Cold, Fire, Air, Metal
Incubating Time:12hours
Price:1,250Gems(Can't get now)
"The paper dragon was found on the anniversary of the wizards discovering the magic that makes DragonVale possible. The paper dragon isn't actually made out of paper, but derives its name from its resemblance to paper dragons children make. Your guests are sure to do backflips with one of these in your park."
Remarks:DragonVale 1th Anniversary limited-time Dragon. 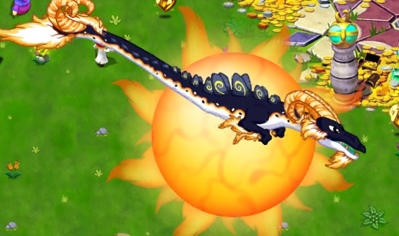 Habitat:Sun,Moon
First income:37coin/min
Opposite:none
Incubating Time:24hours
Price:2,250Gems(Can't get now)
"Two times each year, when night and day become equals, equinox dragons reveal themselves. Celebrations for the arrival of these dragons vary greatly, but villages graced with their presence are said to have an especially bountiful harvest. Wizards have since proven this tale to be untrue, but the festivals are so fun, they keep that little secret."
Remarks:The Autumnal Equinox Day and The Vernal Equinox Day limited-time Dragon. 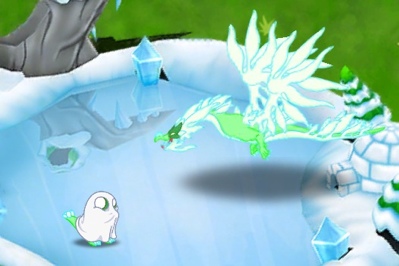 Habitat:Cold,Earth
First income:6coin/hour
Opposite:Fire,Air
IncubatingTime:15hours 30min
Price:75Gems(Can'get now)
Often mistaken as the spirit of an ancient and benevolent dragon, the ghost dragon remains somewhat of a mystery. Reading the notes of the wizard Sam Hain, "The ghost dragon only shows up in the middle of the Fall, usually in conjunction with the bone dragon. My advice? Don't be afraid of no ghosts!"
Remarks:Holloween limited-time Dragon. Came in 2012.10.22. 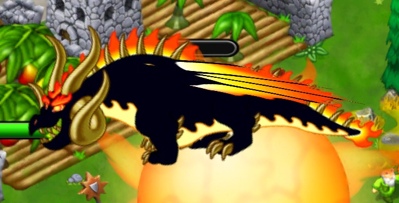 Habitat:Sun,Moon
First income:48coin/min
Opposite:none
IncubatingTime:48hours
Price:2,250Gems(Can't get now)
Many people make the mistake of thinking this dragon is the result of an impossible breeding combination between the sun and moon dragons. Instead, this dragon is born only when celestial bodies align properly. Although a wonder to behold, the wizards do not recommend staring directly at them... something about burning your eyes out?
SolarEclipes in Australia 2012 limited-time Dragon.

Lunar Eclipse Dragon
Habitat:Sun,Moon
First income:48coin/min
Opposite:none
IncubatingTime:48hours
Price:2,250Gems(〜12/3)
The rare lunar eclipse dragon only ventures from its habitat on the dark side of the moon during lunar eclipses, when it is shielded from the sun's rays. Living in the frigid, sunless, blackness, this dragon is graced with a thick layer of blubber to keep it warm. Although, some wizards have suggested they're just big boned.
LunarEclipes in 2012 limited-time dragon. 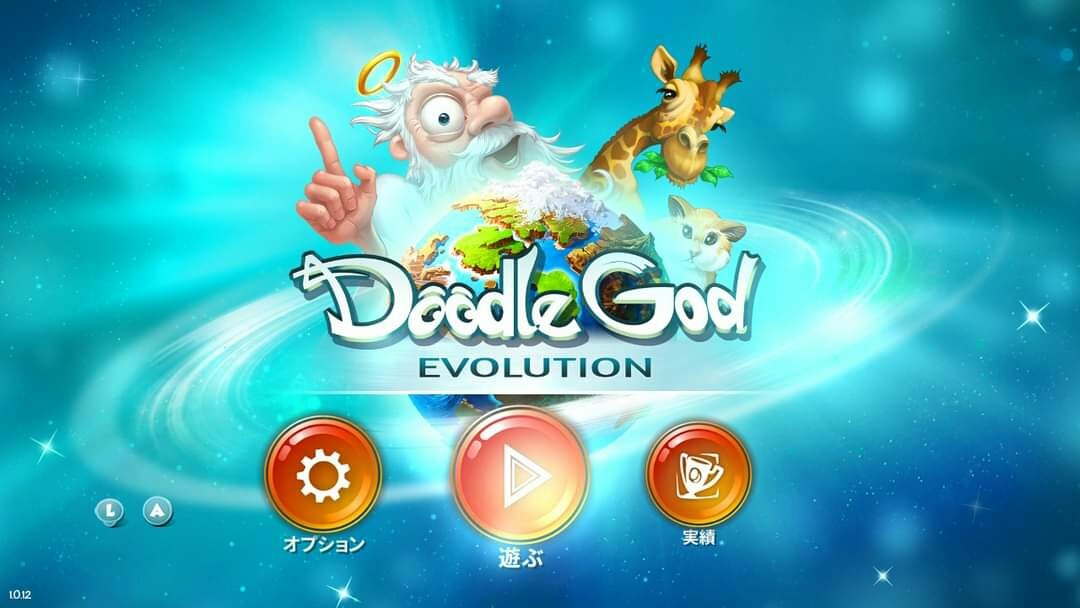 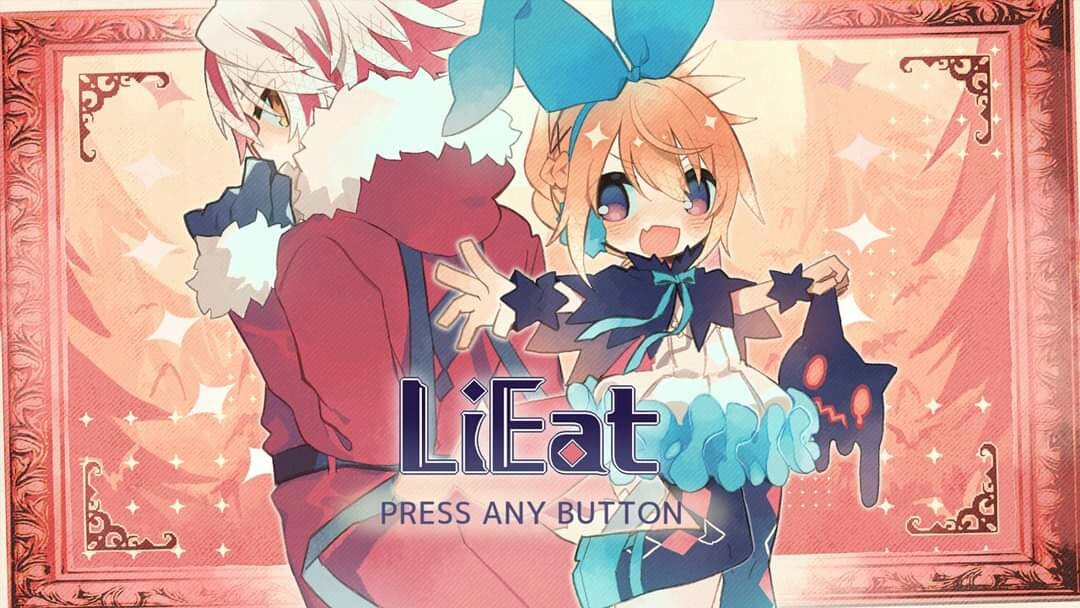 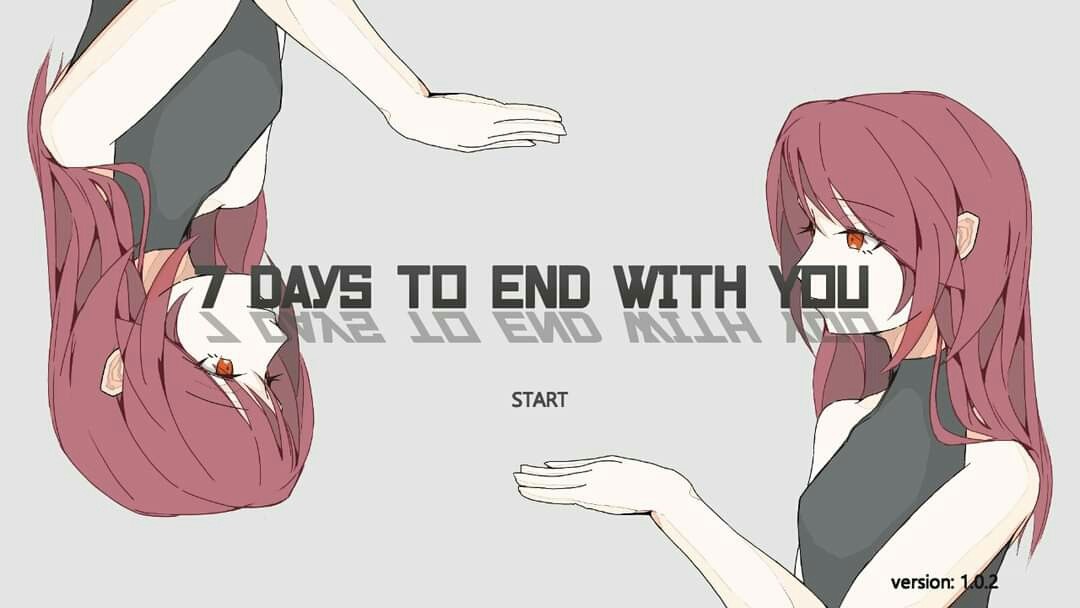 【スマホ/Steam/Switch】7 Days to End with You レビュー 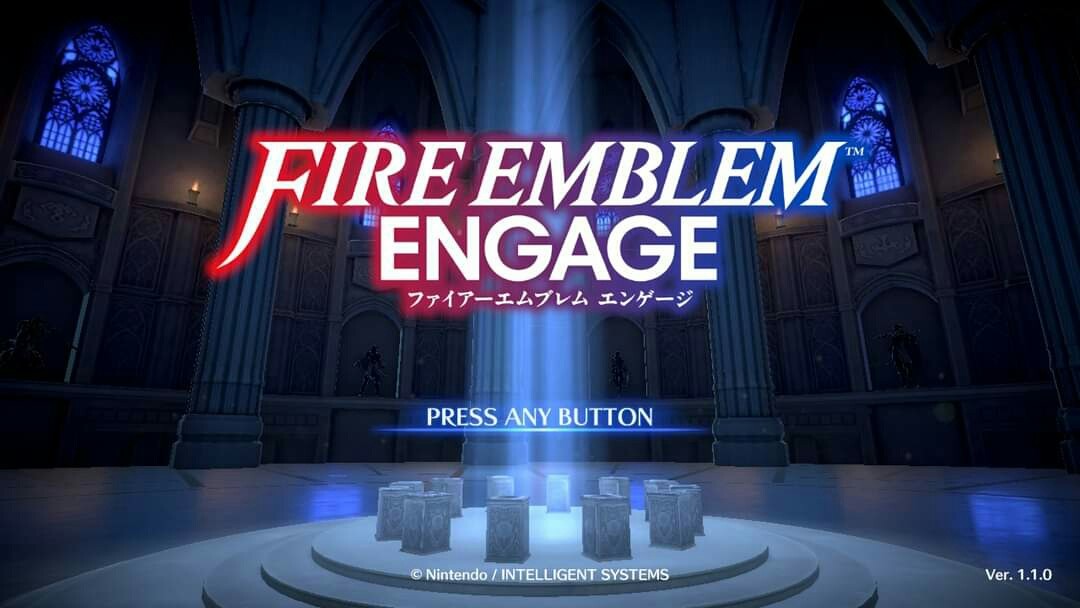 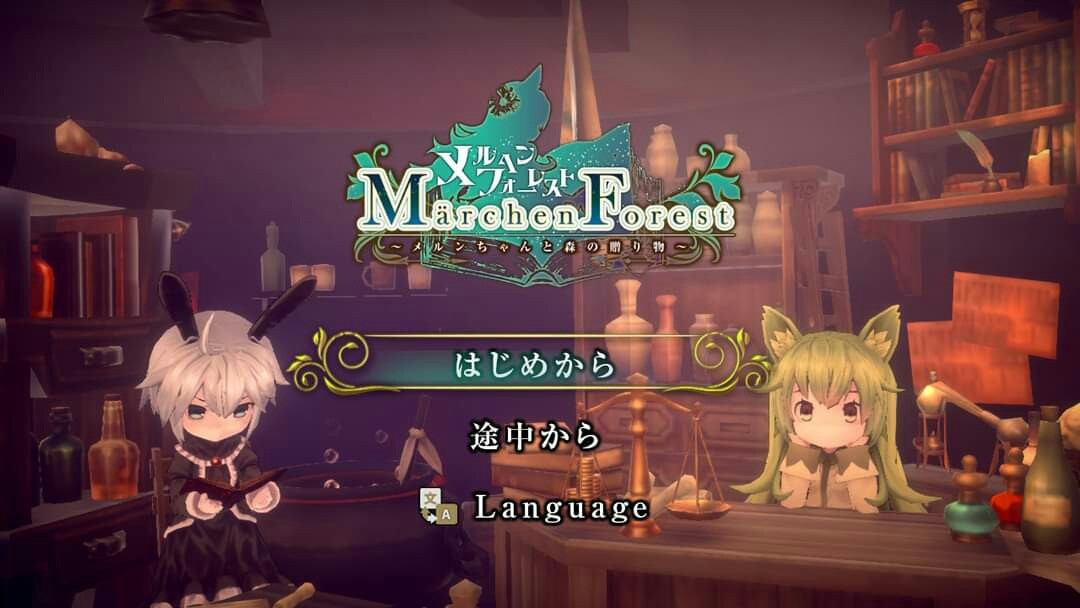 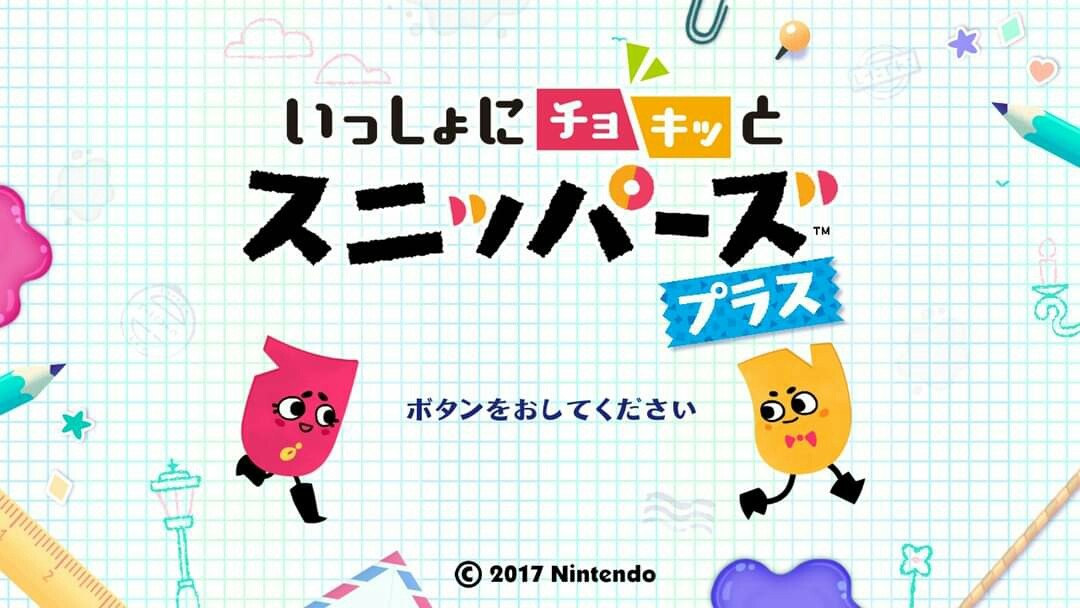 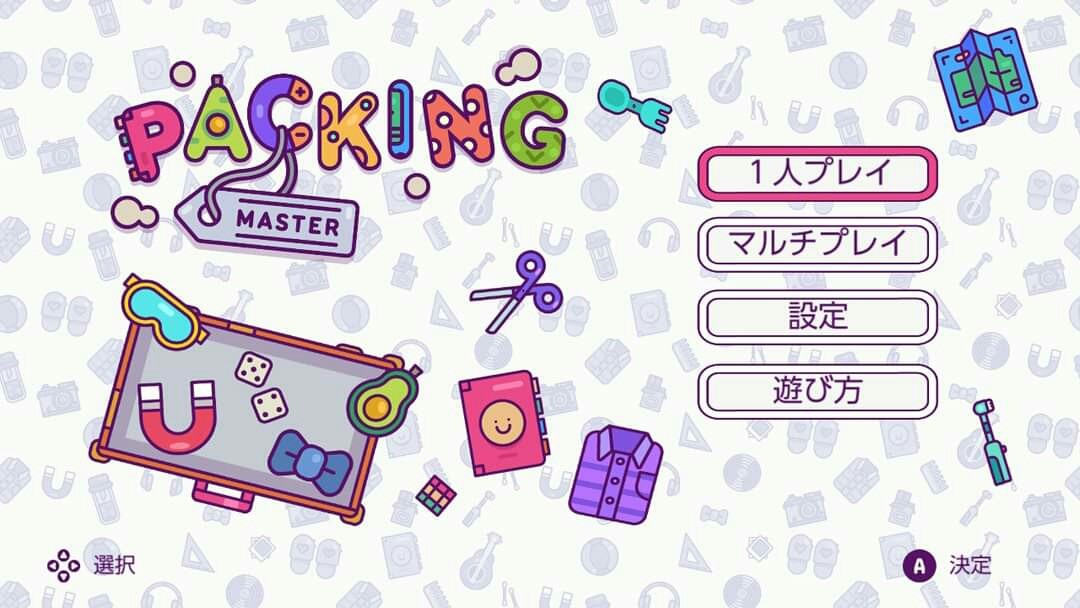 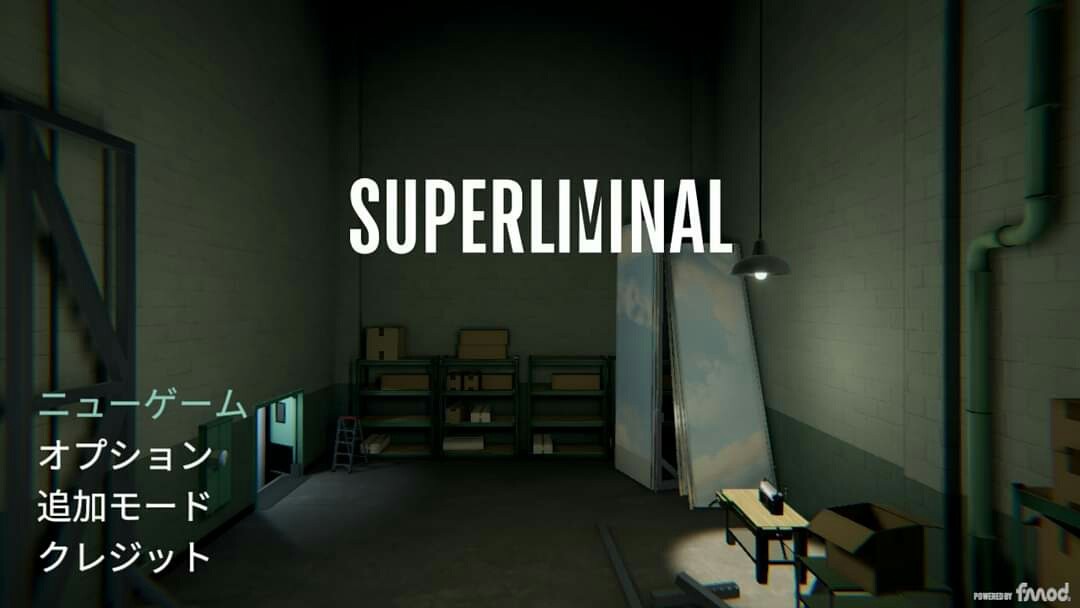